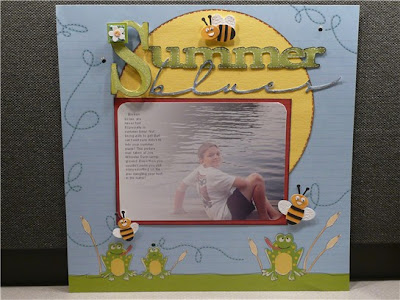 Hello everyone! This past week has been a busy, busy week for me! Our yard sale went great! In one of my other posts I had mentioned that me and hubby wouldn't seeing eye to eye on what we did with the money we made. I decided to be nice and give him half. Even tho I was the one that worked my behind off all week I just felt to guilty not giving him any! I think with my half I'm going to get at least one new cart. when I figure out which one I really want the most!! Now on to the challenge! This challenge the DT was asked to do a Alphabet challenge using the letter "S" and our cricut. You would think this would have been a easy challenge but noooooo!! I completely lost my MoJo!! I finally picked a picture then it took me FOREVER to figure out what paper and then once I decided on the paper couldn't think of how to embellish it! But I finished it and this is what I came up with!! Real simple, didn't go all out or anything since I was also pressed on time! Also, I would like to share just a little something about the picture. It's of my son when he broke his arm. It was such a long 6 weeks! But he was a trooper even tho it sure didn't fit into his summer plans! The paper is from the DCWV Grade School Stack (which I've had forever and not used!) The S is a chipboard letter than I won in a rak off the MB and the rest of the word was cut from plantin schoolbook. The word blues is from Opposite Attracts. The bees are actually some 3D stickers I found at the Dollar Store back when I first got into scrapbooking (and before the cricut) The only new thing I tried was with the photo I lighten one side and added my journaling. Like I mentioned earlier nothing to fancy just quick and easy! I feel like I should hang my head in shame since most of my layouts seem to take forever (not that they are fancy either hee hee) and this one took less than 30 minutes! Thanks for looking and let me know what you think!

Great job Leanne! Its such a cute layout!

Leanne, glad to hear your yard sale went well. Can't wait to hear which cart you decide to get. Now the layout out is Super cute. nothing simple about it.

Wow Leanne, don't you hang your head.. this is such an awesome layout, you are so creative... I love everything about it...

I wanted to ask you, how did you put the journaling onto the picture? How cool.

you did an AWESOME job on this layout! i think it is just perfect! i love the colors and the photos and your embellishments...well, i just love everything about it! you rock girl! hugs! 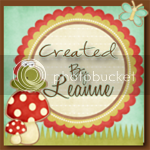 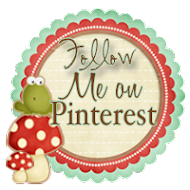